Behavior modification techniques were initially developed by American behavioral psychologist, B.F. Skinner (1904 – 1990), who considered all human actions to depend on consequences of previous actions. Simply put it, Skinner believed that behavior could be shaped by reinforcement or lack of it.

Behavior modification techniques have been successfully used in cases of common behavioral problems, power struggle between children and their parents, ADHD, and other mental issues. Before applying any of these tools in working with your children, it is crucial for you to identify and observe the undesirable behavior as well as to determine what triggers it, what are the consequences currently being used, and why they are ineffective. The next step and goal is then to replace the unwanted behavior with desirable behavior by developing, strengthening, and maintaining new, positive habits.

Here are some of my favorite behavior modification strategies along with specific examples of how I used them with my own children.

Positive Reinforcement consists of a system of pleasant rewards that are awarded to the child after he or she exhibits desirable positive behavior. These rewards are typically compliments and verbal praises, small prizes, and special privileges. A parent or a caregiver has an option of drawing up a contract with the child to put in place the terms and conditions of the reward system. For example, when one of my sons was younger, he had a bad habit of putting his finger in his mouth. As a baby, he refused a pacifier and soothed himself by sucking his own finger. As cute as his behavior was at the time, it turned out to be a bad habit by age 3 and a very bad habit by age 5, affecting his speech as well as his teeth. And that was my call to action.

I took some time to observe and identify what triggered this undesirable behavior (finger sucking) and when it was most likely to occur. I noticed that my son continued to suck his finger to soothe himself when he was tired, upset, or bored. So, I created a little chart for him to place a special sticker on every time he chose to soothe himself in another way, such as snuggling with his blanket or a favorite stuffed animal, or distracted himself with another activity. I also put a glove on his hand at night when the behavior was particularly bad. If he did not remove the glove before he fell asleep, he was given two stickers in the morning. When he collected 10 stickers, he was rewarded by a special treat or a small prize. There were times when he was super excited and cooperative, but there were also times when he cried and did not want to continue. Consistency was a key to our success over time.

Negative Reinforcement is focused on changing a negative behavior into a positive one by removing a favorite object or denying a special privilege. For example, one of my sons, is an avid athlete. He loves playing and watching sports more than anything else. So, when he did not do a good job on his school writing assignment, the most natural negative consequence was denying him his biggest pleasure. He was not allowed to watch his favorite team play on TV or attend his practice. Super effective. He can be quite a writer when motivated.

Time Out may appear as a negative reinforcement; however, while the child is being placed in isolation, he or she is not receiving any positive or negative attention from the parent. If you are parent, you have most likely used this method at least a few times. The most immediate purpose of time-out is to separate the child from the environment that triggered his/her behavior in the first place. It is a form of discipline in which you are communicating to your child that his or her undesirable behavior resulted in isolation and loss of the privilege of being with you and others. This method also protects you as a parent from overreacting, becoming overly angry, and berating or physically disciplining a misbehaving child by giving you a moment to collect yourself and gain a new perspective.

I used this method with all of my children at some point, especially when they were younger; however, it can be very effectively used for older children and teens alike. As a specific example, when my teen daughter made some statements that were hurtful to her siblings, she was sent to her room to think about her actions. This allowed her some time alone to reflect on her mistakes and accept responsibility before she could rejoin the family. Her feelings of remorse and regret softened her heart and attitude toward her siblings which was my ultimate goal. As a typical rule, the length of time-out in minutes should correspond to the age of your child. So, if your child is 5 years old, then his time out should be no longer than 5 minutes.

Cognitive Behavior Modification Technique is more suitable for older children and teens. In applying this technique, we are teaching children to recognize and examine their irrational, unrealistic thoughts that can lead to undesirable behavior. The goal is for the child to begin to understand how his or her thoughts affect his or her behavior by using a journal or role-playing. For example, I purchased a journal for my teen daughter to help her digest her thoughts and understand her emotions. It is a good idea to allow your child to choose a journal medium which will inspire him or her to write, whether it is digital or pen and pencil. Allow your child to write at home, at the library, or outside, and encourage him or her to clear their mind of distractions.

While writing, children can listen to their favorite music or white noise on headphones; shut themselves into their room, swing on a porch swing, or climb a tree. We have a swing outside where my daughter likes to hang out, think, write, and listen to her music. I have encouraged her to record her emotions, the way she is feeling, what triggered that feeling, and what she is going to do about that feeling. This has often helped her release some tension and feelings of being overwhelmed at this season of her life. The next step is for her to think and write about what she feels that she could or should have done; how she feels about what she chose to do; and what she learned from her actions. It is very rewarding for teens, especially to look back to the past entries, let’s say after about 6 months of regular journaling, to gain insights into the patterns of their behavior and their personal growth.

There are many other strategies to use for overcoming your child’s difficult behavior. But remember, whichever techniques you may choose to give a try, there is one very important rule to follow. It takes time to change a bad habit into a good one. The key to success is consistency.

As with any method, you need to use behavior modification wisely. It should not be our goal to teach our children to suppress their tears or deny them the freedom to express their anger and suffering. In fact, many research studies show that stress hormones are excreted through tears and may be reducing the effects of stress and restoring the body’s chemical balance. However, we want our children to learn to express their feelings in a more constructive way. It is also crucial to identify the underlying cause of the child’s undesirable behavior because even if we correct their immediate actions, the underlying problem will still be there.

Actively listening to your child and allowing them to express their true feelings may often be all you need to do to prevent further negative behavior. There is no one fix for everything and what works effectively with one child may be counterproductive with another. Allow yourself flexibility to evaluate and regard each child and each situation as unique. Furthermore, only pick one or two specific behaviors at a time to work on intensively in a positive way, so that you and your child can see that he or she is capable of changing the behavior and experience encouragement. And of course, ALWAYS tell your child how much you love them.

Dr. Denisa Millette is a licensed psychotherapist and a certified clinical trauma professional whose mission and passion in life is to help children, teens, and adults find a safe path to ultimate emotional wellbeing and recovery. 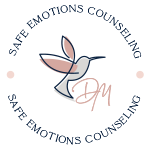